The 0.557 release contains several new features and improvements and some fixes. The most noteworthy changes are: 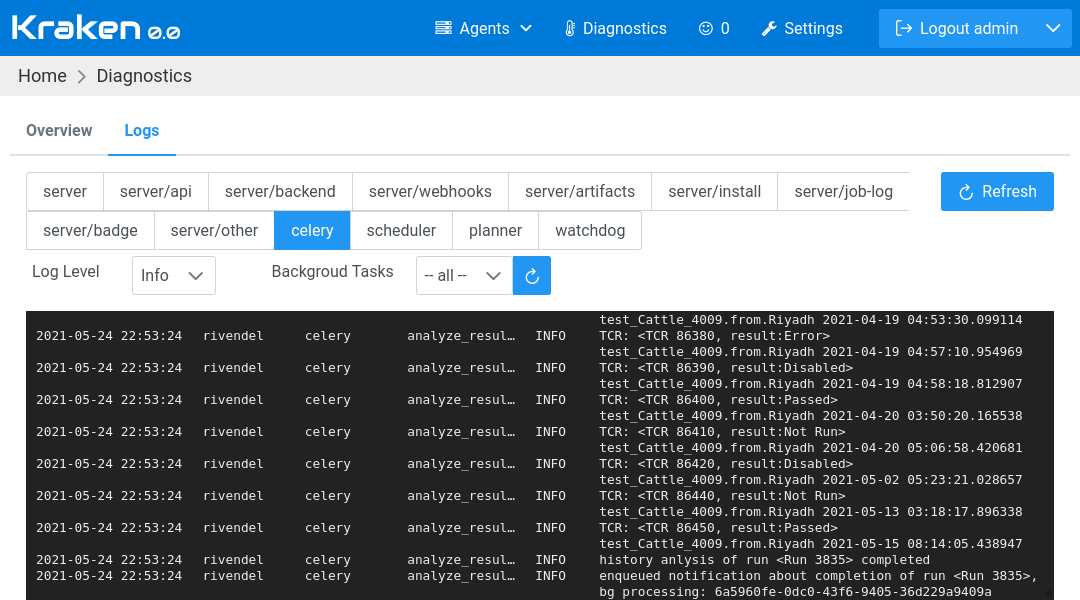 The list of select buttons at the top allows selecting Kraken services like server/api, celery or watchdog. Below, there is a dropbox with log level selection, from info level to error level. When the celery service is selected, selecting task type from the dropbox list is also possible.

To make it easier to reach logs with some problems, there have been added an error indicator in the top menu bar.

It is visible on all Kraken pages. If it is greater than 0, it is displayed in reddish color to get user attention. The count indicates the number of errors in Kraken services logs in the last hour. When clicked, it leads to the logs page.

The second, quite exciting feature, is integration with AWS EC2. The integration allows for autoscaling Kraken's agents. If no jobs are waiting for execution, then there are no waitng agents on EC2 VMs. When they appear, new VMs in EC2 are spawned immediately. If the number of jobs grows, the number of VMs can grow as well. There is possible to set a limit for the number of VMs. VMs can be reused or reclaimed after a given period of idle time or after an indicated number of executed jobs.

The configuration in Kraken for AWS EC2 integration is 1) in global settings (credentials) and 2) on the agent's group page.

More details will be presented when the feature is completed.