Besides that, it contains:

More information about these changes is below.

Now it is possible to design job steps using a UI available on a branch management page. 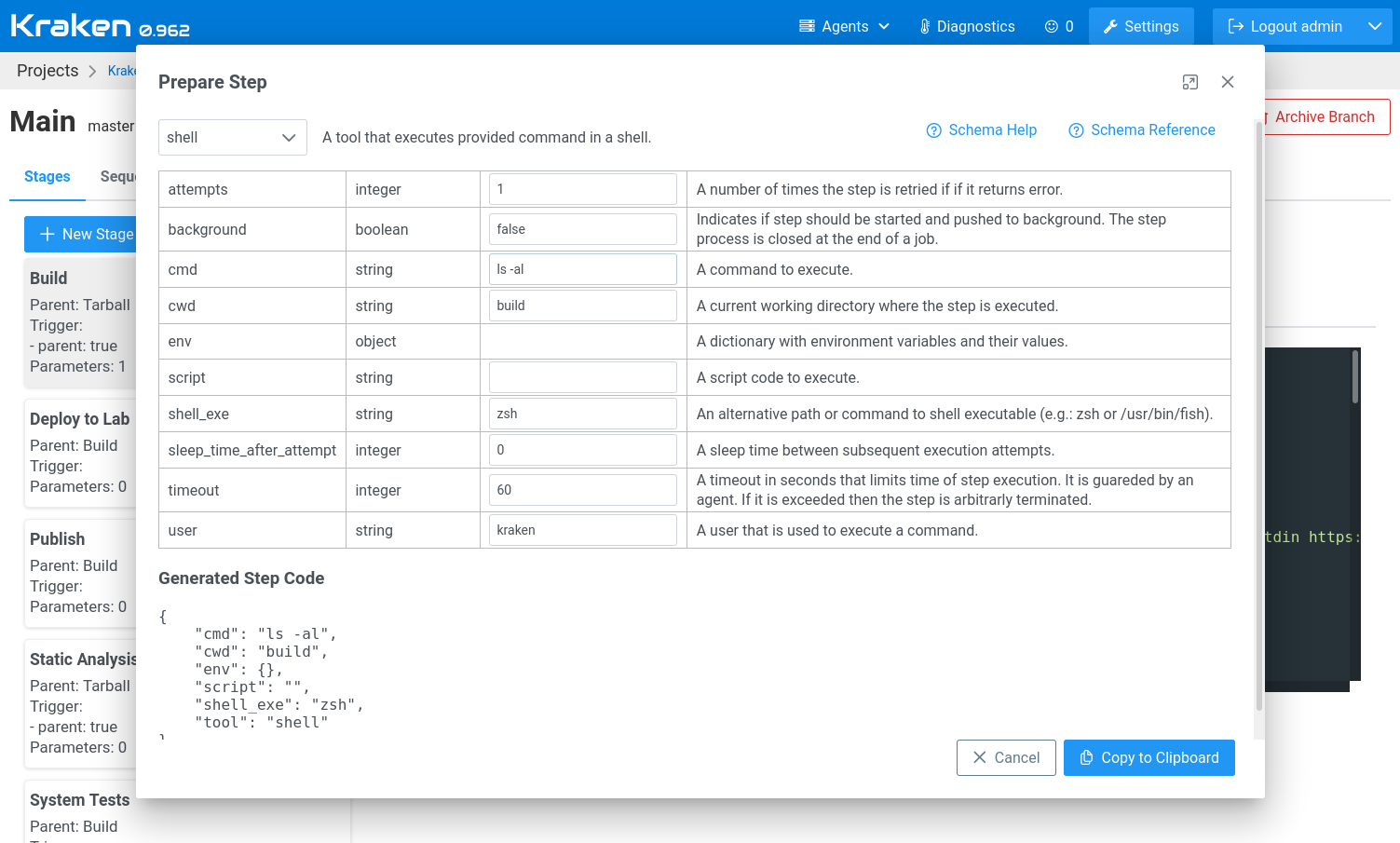 The dialog shows all available fields of a step with descriptions and input boxes pre-filled with default values. These fields are available for a tool selected in the dropdown at the top of the dialog. Below, there is the step generated in JSON format.

In the case of the picture above, there is a shell tool selected. There are multiple fields available. A few are used: cmd, cwd and shell_exec. The generated step in JSON contains these fields with user-provided values.

Now a user may copy the generated step and then paste it into the stage schema code.

The shell tool got two improvements. One allows for entering a multiline script instead of just one command. The other one allows for indicating an alternative shell executable - the default one is /bin/sh.

A multiline script can be provided in the following way:

More in the docs.

On the branch management page, on Stats and Charts tab, there are basic stats about the branch, like the total number of flows or the average flow duration in the last week. Below these stats, a chart shows the duration of flows over time. 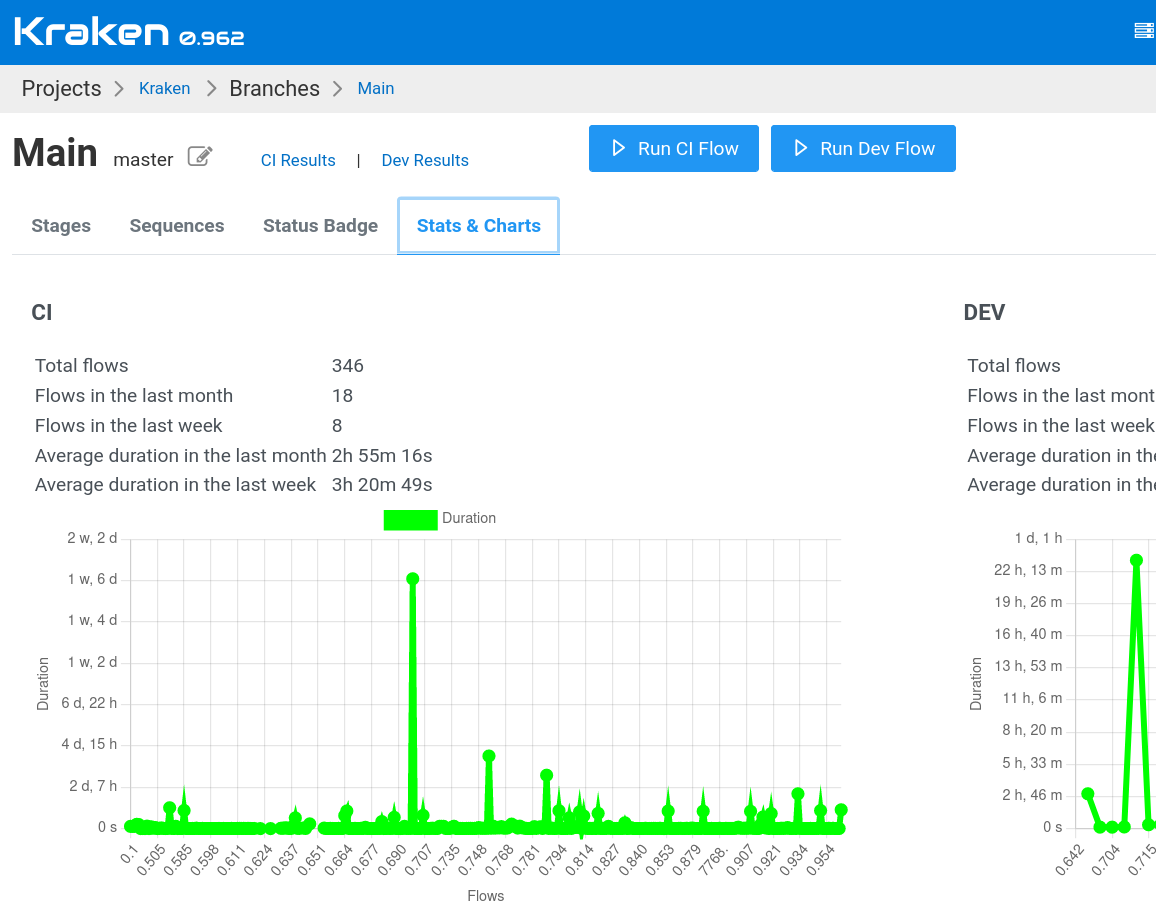 The whole stats and charts are presented in two instances: one for CI and the other one for DEV flows.

There are multiple new Docker images prepared to be used in Kraken CI. The full list is available in the docs page.