A branch contains one or several stages. Stages can be independent and run in parallel or chained and together can form a tree or a set of trees (forest). A stage has a schema that defines what should be done. Schema generally defines jobs for execution, execution environment, triggers that start executing whole schema, optional parameters, and execution configuration. The Schema chapter provides details of the schema.

When there are several stages in a branch, they are independent of each other. This means that when a new flow for a branch is triggered, all the stages are triggered and run in parallel.

A stage schema can be defined directly in Kraken web UI, on a branch management page. It can be also defined in a file in a Git repository. The location of the repository and the schema file has to be provided in Schema from Repository tab in UI. 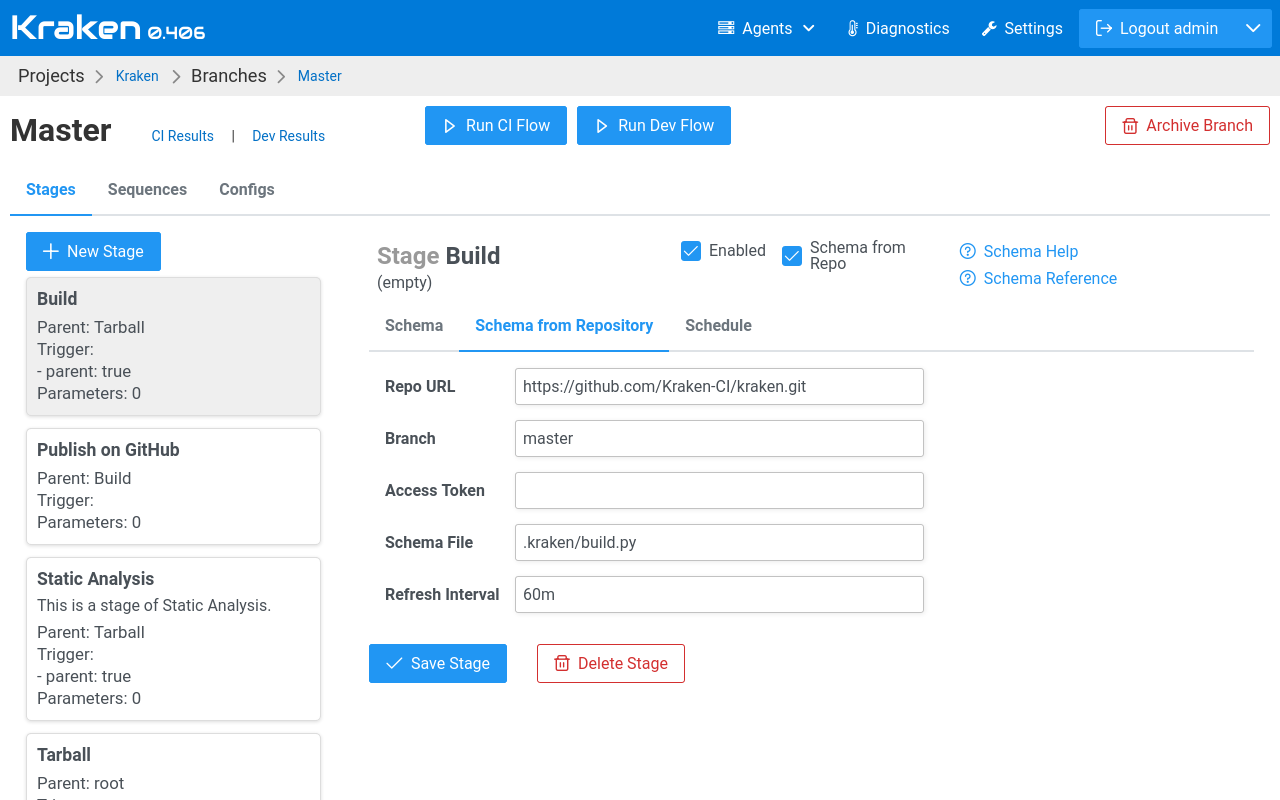 The repository is refreshed on indicated interval basis. If there are any changes then the schema definition in Kraken database is updated.