Kraken CI has user authentication and authorizations. Before a user starts using the system, he/she must log in to the system. Still, a user does not have access to all resources. Access is limited by roles that are assigned to a user.

Managing users is only available to admin user and users with superadmin role. The user management page can be accessed via the Configuration menu at the top right, then Users position and again Users menu item.

Clicking it leads to the users management page.

On the left is an Add User button and a table with users.

Selecting a user in this table shows its details in the right panel. This user panel allows for changing a user password, disabling a user, assigning superadmin role and assigning one of the three predefined roles in a selected project.

Clicking the Add User button opens a dialog that allows for entering a user name and a password. 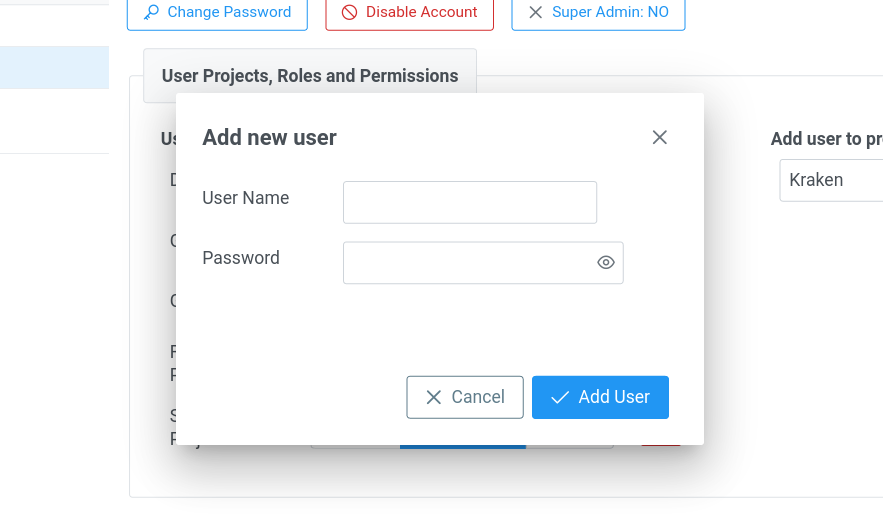 When adding is accepted by the Add User button in the dialog box, then it is shown in the users table. Selecting the user shows its details in the user panel on the right side.

In the user panel, it is possible to change a user password by clicking Change Password button.

It is also possible to disable a user account. A disabled user cannot login into the system and cannot do any operation if it is already logged in to the system.

There are two kinds of roles:

superadmin role allows for all available operations in the system.

The per-project roles give some rights only to a given project. The rights are grnted by the roles:

The selected user may be assigned to a given project with a given role. Later this role can be changed by clicking a role for a given project. At the end, it is possible to remove a user from a particular project.

To set this up, go to the Configuration menu at the top right, then Users position and Identity Providers menu item.

This leads to the Settings web page with the Identity Providers tab. 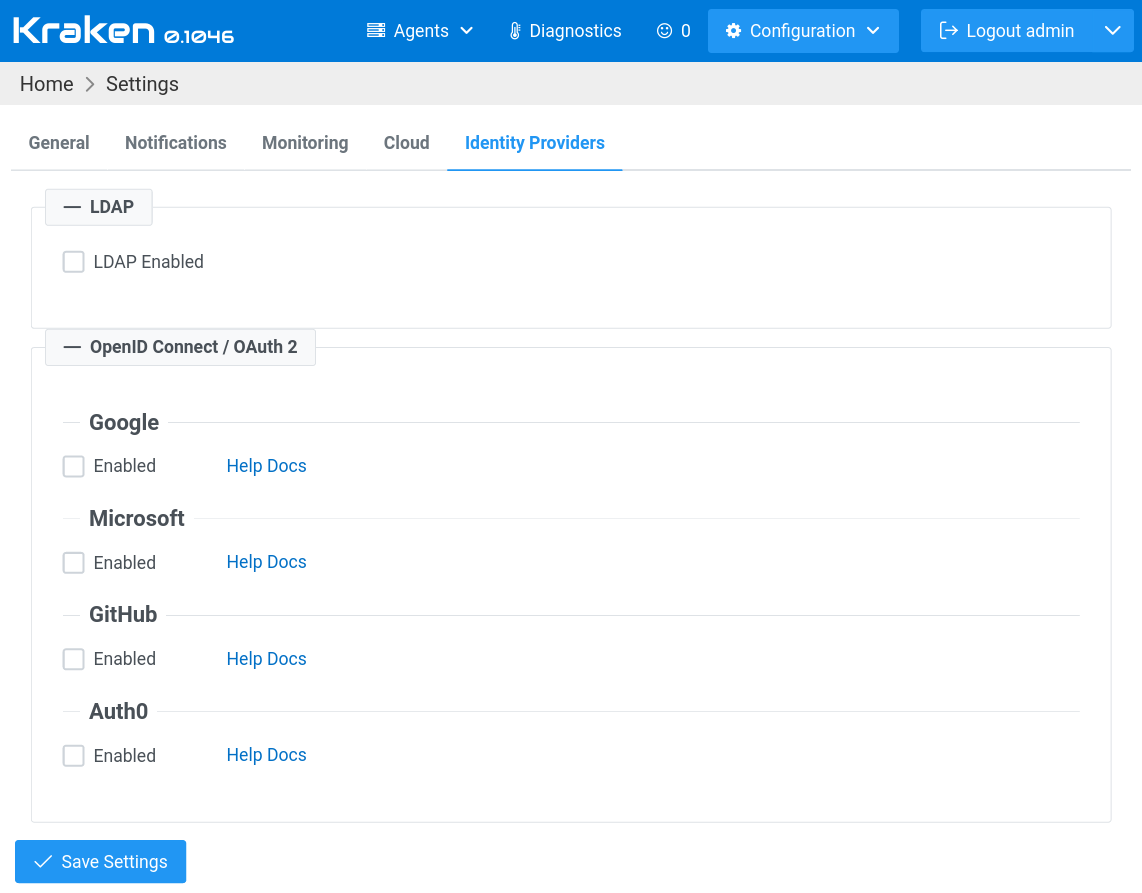 On this tab, there are 2 sections available:

The source of users' identity is an LDAP server, which is used for users' authenticating. The login page is the same for local users in Kraken Web UI. Kraken Server authenticates users using credentials provided by them on this login page. Kraken Server connects to LDAP Server and checks if a user is present in LDAP server and his/her password is correct.

To perform this operation, Kraken Server needs a few settings that will allow Kraken Server to talk to LDAP Server. These settings need to be provided in the following form: 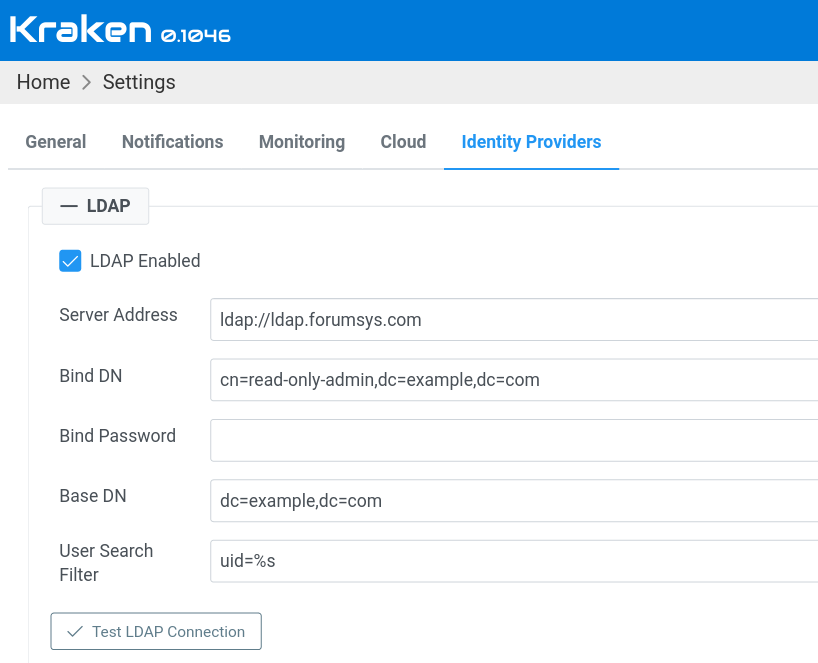 Server Address is an apparent field. Bind DN (Distinguished Name) and Bind Password are used to authenticate Kraken Server to LDAP Server. They are needed to connect to LDAP Server. Base DN is a subtree in LDAP tree where users are looked for. User Search Filter is an LDAP query expression used to look for users in Base DN subtree. In %s placeholder is inserted a user's username that is provided by a user on the login page.

After saving the settings using the Save Settings button on the bottom of the page, it is possible to check if configured parameters are correct and if they allow to establish a connection to LDAP Server. For that purpose, the Test LDAP Connection button should be used. 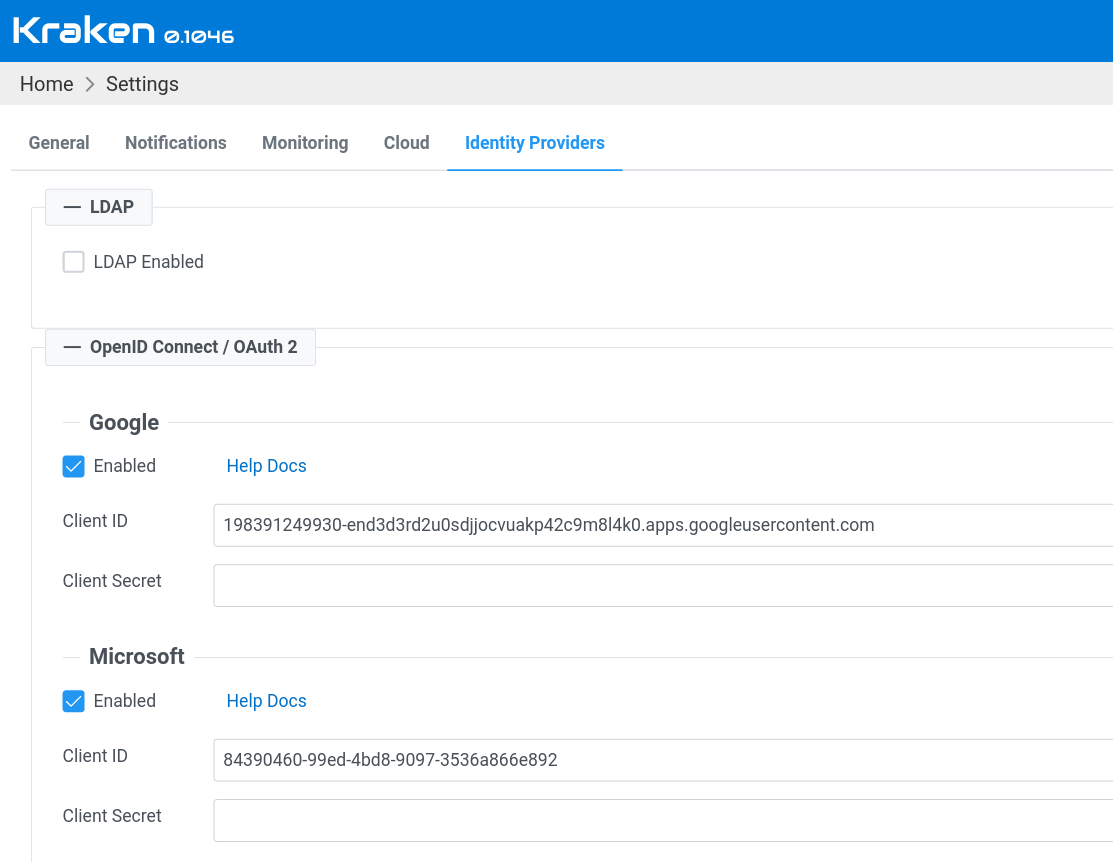 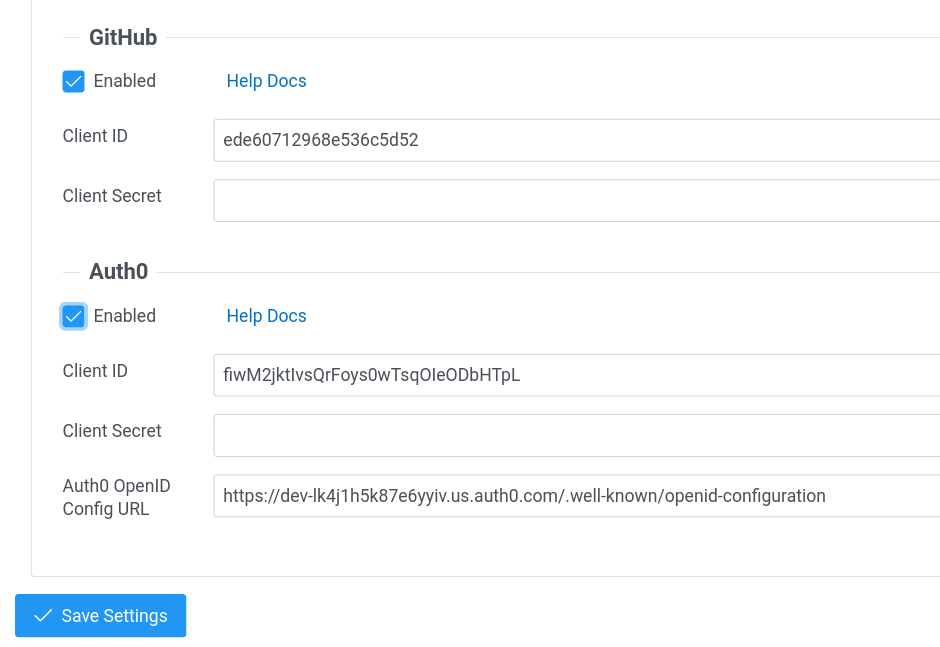 In each case, Client ID and Client Secret are needed. In the case of Auth0, the OpenID Config URL is also required, which is specific per organization.

More details on how to set up OpenID Connect and OAuth of the providers side can be found in the following documentation pages: