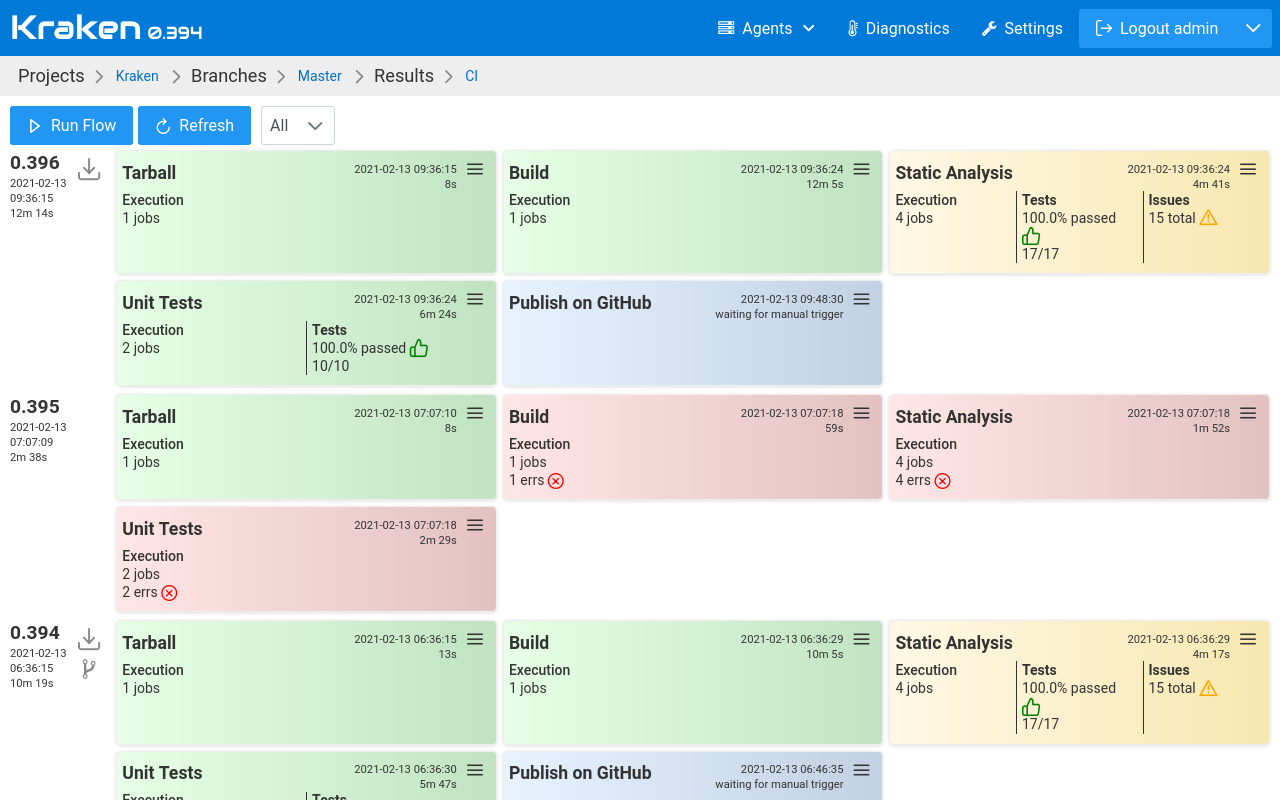 The color of run box indicates final status of the run:

This run has 1 successful job that reported tests results. There were run 100 test cases, where 16 did not passed, so pass ratio is 16%. There were detected 15 regressions and 13 fixes. There are failures so the box is yellow.

This run has 4 job with no errors. Some of them that reported tests results, the other ones reported issues. There were run 17 test cases, where all passed, so pass ratio is 100%. There were detected 15 issues in the code. There are issues so the box is yellow.

This run has 2 job with no errors. In the reported tests results, there are 100% passed test cases. No failures and no issues so the box is green.

This run has 4 job with 1 error. All tests reported are passed but there could be not reported tests due to error in job execution. There were detected 6 issues in the code. There is one erred job so the box is red.

A job that performs testing reports test results. The test results are visible on a Run Results page, in Test Results tab. They are presented in a table. 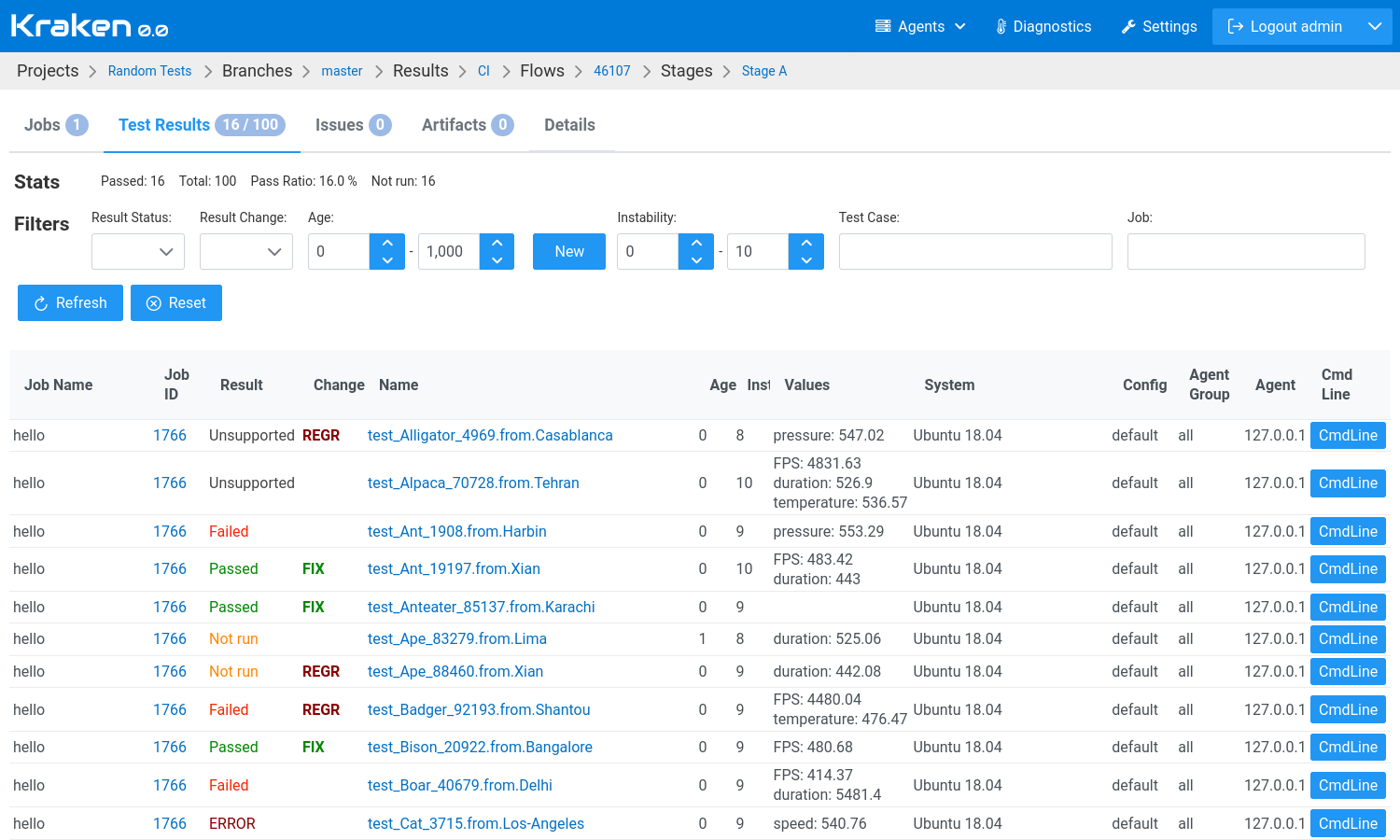 In Kraken test case result beside status can contain values. Valuas are pairs: attribute and its value. They are also a result of a test case but hold numbers. They can hold e.g. performance data or anything similar to performance. These values are tracked over time. Kraken can draw charts of values and do more things with them.

It is possible to filter test results by various attributes:

Filtering by Result Status and Result Changes: show only failures that are regressions.

Filtering by Age: show only results in age between 2 and 3.

Filtering by Instability: show only results that have instability greater than 7 i.e. very unstable test cases.

Test case results can be sorted. This can be done using several columns: 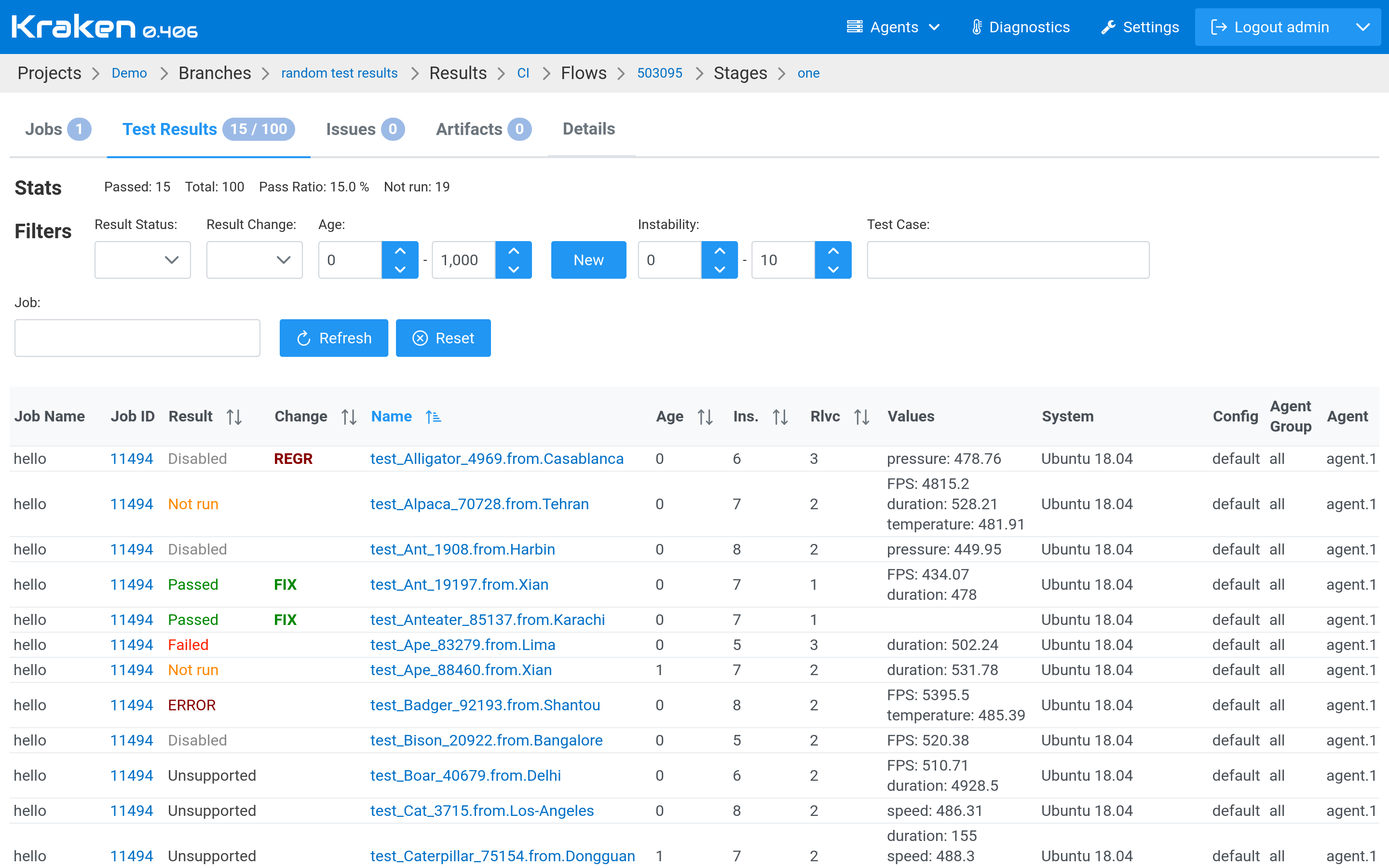 By default results are sorted by test case name.

One of the most important sorting order is by relevancy. Relevancy is estimated according to this rules:

This way the most relevant results get the highest score. They need an attention.

Each test case has its history of results. In the table with test case results a link under test case name leads to a page dedicated to given test case. This page presents a table with historical results of the test case. 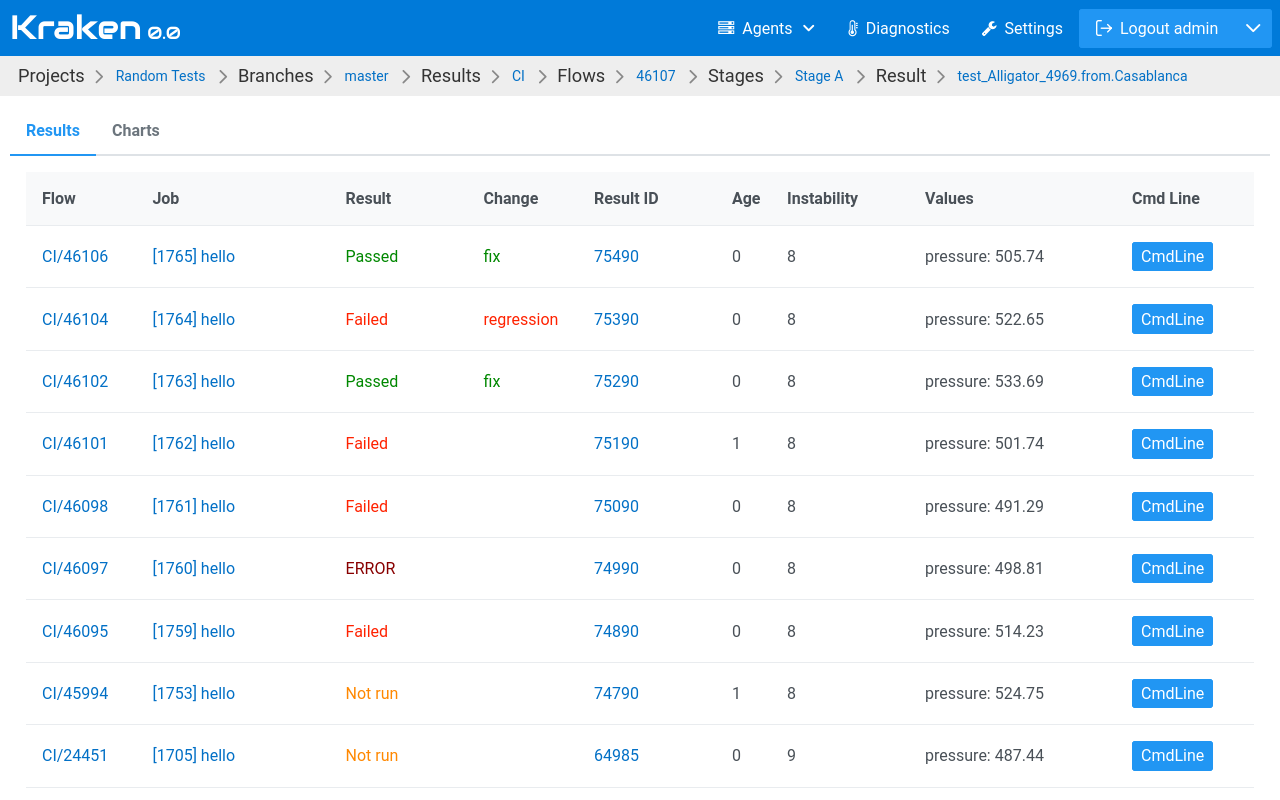 There is another tab called Charts that shows these results on charts.

The left chart shows history of result status. The right one presents history of values in time. Error bars are shown if there were run multiple iterations and there were reported multiple values for given attribute.